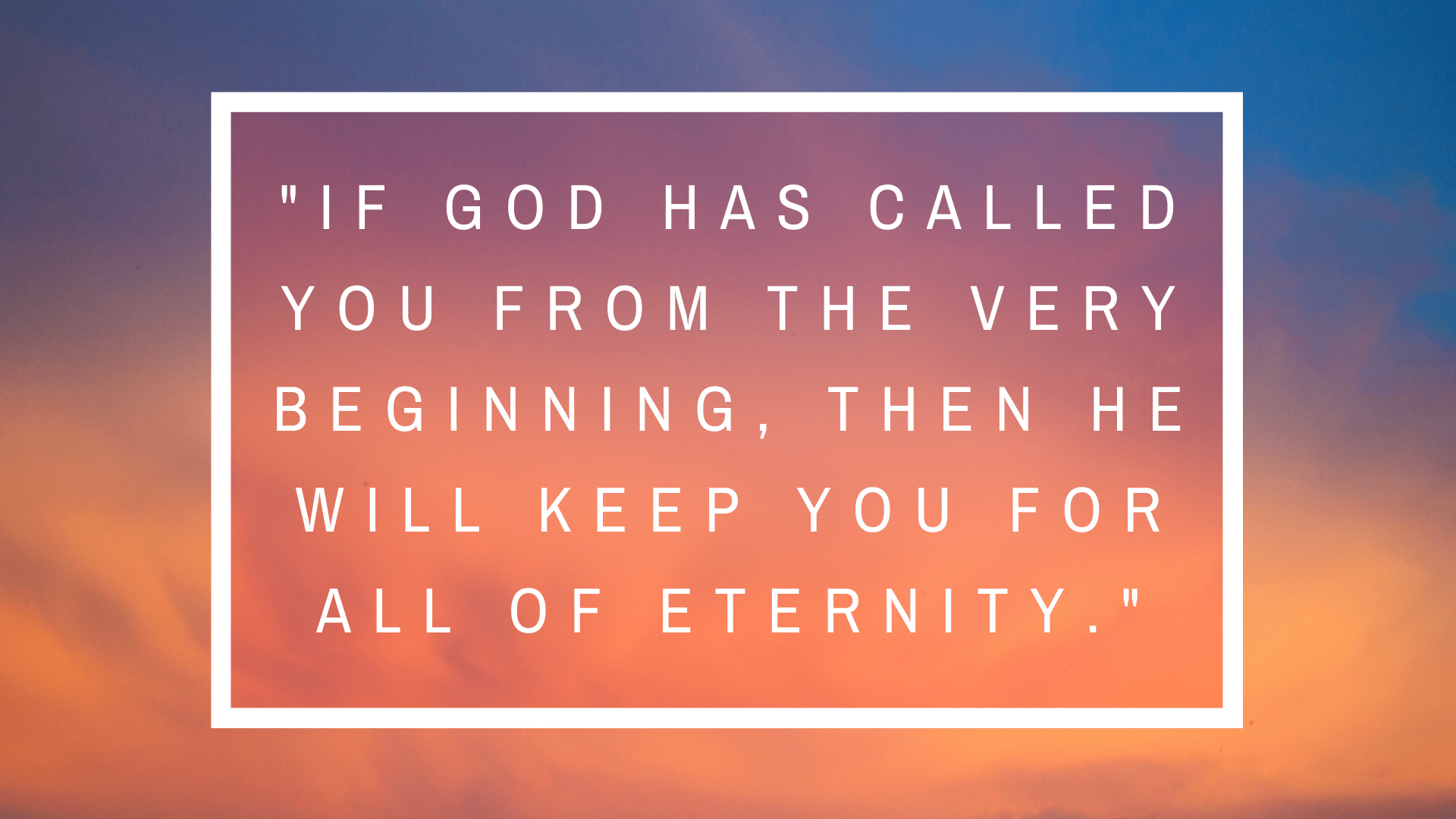 Throughout the Book of Romans, Paul writes about why we need God and how we can get right with God. Paul will now spend the next two chapters shifting his focus to Israel. This is to address a major concern that the audience may have concerning Israel’s unfaithfulness to God in the Old Testament. If God’s chosen people rejected Jesus Christ, then what hope is there for us? But despite Israel’s rejection of God, God has not abandoned Israel and He will not abandon those who draw near to Him.

In this portion of the chapter, Paul will use 3 illustrations from the Old Testament to expound on how God’s love save people:

If God has called you from the very beginning, then He will keep you for all of eternity.

Ishmael & Isaac: God’s love is not because of genealogy but because of His Promise (Romans 9:6-9)

Paul makes a distinction between the children of the promise and children of the flesh. According to the story of Ishmael and Isaac, God promised to bless the descendants of Abraham (Israel’s first patriarch). Although Ishmael was the firstborn and a child of Abraham, he was not considered a child of the promise. Instead, it was Isaac who became Abraham’s heir and his descendants would receive the blessings of God. The account of Ishmael and Isaac demonstrates how God is set on fulfilling His promises to His people, regardless of racial identity (i.e., children of the flesh). Paul made it clear that simply being an Israelite doesn’t guarantee salvation. It’s ultimately God who makes us His children of the promise, not Abraham.

Esau & Jacob: God’s love is not because of morality nor social status, but because of His Sovereign Call (Romans 9:10-16)

Isaac eventually had twins named Esau and Jacob. Before they were even born and capable of doing good and evil, God chose Jacob (the younger son) to inherit the covenant of Abraham and not Esau (the older son). In the same way, God has chosen some people to be saved, but not everyone. Paul argues that God’s purpose in election is not based on our works or merit. God always has a reason and a plan behind His decisions, even if we don’t fully understand why. He is gracious enough to work through sinful humans and redeem them on the basis of His sovereign authority to grant mercy to anyone He chooses.

Pharaoh & Moses: God’s love is not because of human effort, but because of His Mercy (Romans 9:17-23)

Every human can be placed inside one of two categories: vessels of mercy and vessels of wrath. As the Creator of these vessels, God has the complete freedom to choose who will serve his purposes and how. To illustrate this, Paul explains how God used Moses and Pharaoh to free the Israelites from Egypt after centuries of slavery. God showed mercy to Moses and the Israelites while punishing Pharaoh for his wickedness towards the Israelites. From this account, Paul reminds us that the ultimate purpose of God is to glorify Himself. It’s not about what we want or what we think we deserve, but how God decides to use each vessel of mercy and wrath.

God is God and we are not. He is the divine Potter and we are the human clay that He molds according to His purpose. To those who believe in the gospel of Jesus Christ, God has secured your salvation and will not cast you out. Therefore, our only hope is in God’s promise, calling, and mercy.